This is a traditional story told in te reo Māori from the perspective of the Kāhui Maunga people about Ngake and Whātaitai. These two taniwha inhabited Te Whanganui-a-Tara, Wellington Harbour, long before the ancestral migrations. The story tells how the shape and landscape of Wellington, its harbour and the Lower Hutt area came about because of the actions of Ngake and Whātaitai. Long ago, Te Whanganui a Tara was an enclosed lake, but Ngake forced his way out into the sea by battering through the clenched teeth of the fish of Māui to allow the fish to breathe. Whātaitai was washed down the throat of the fish, causing it to cough, and Whātaitai and three morsels flew out. The morsels became islands in the harbour, but Whātaitai was stranded and grew weak and died, becoming part of the land around the harbour. 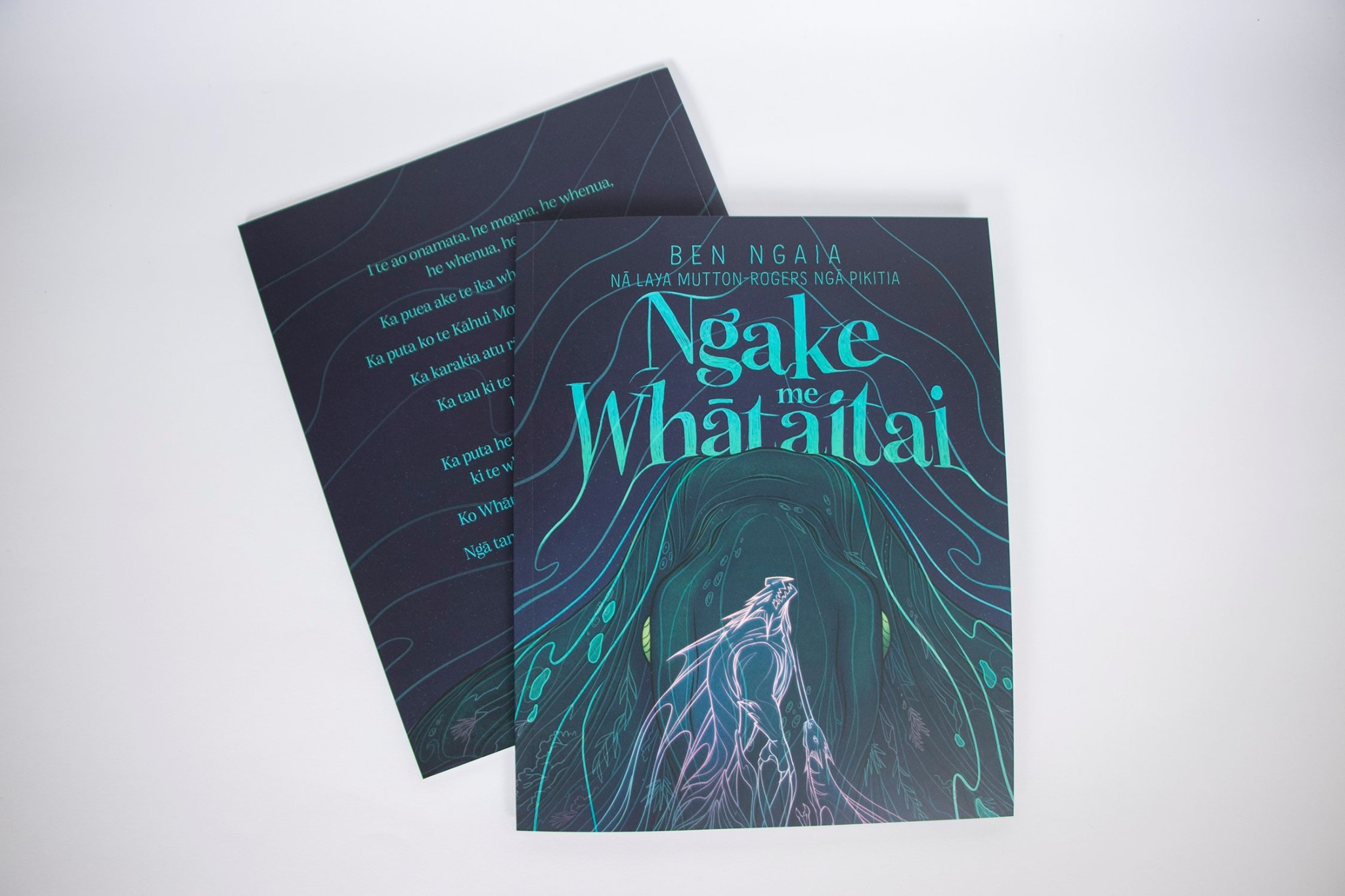 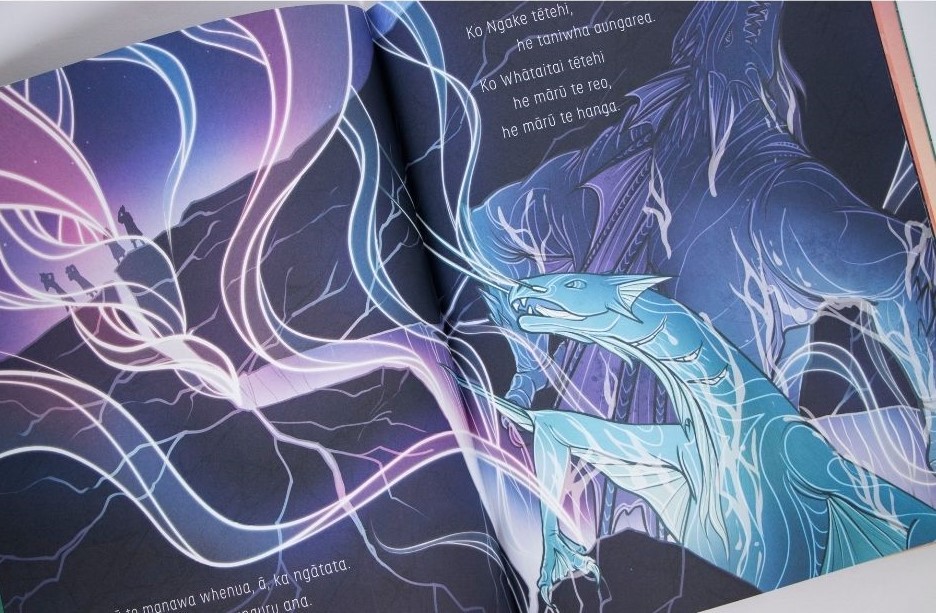 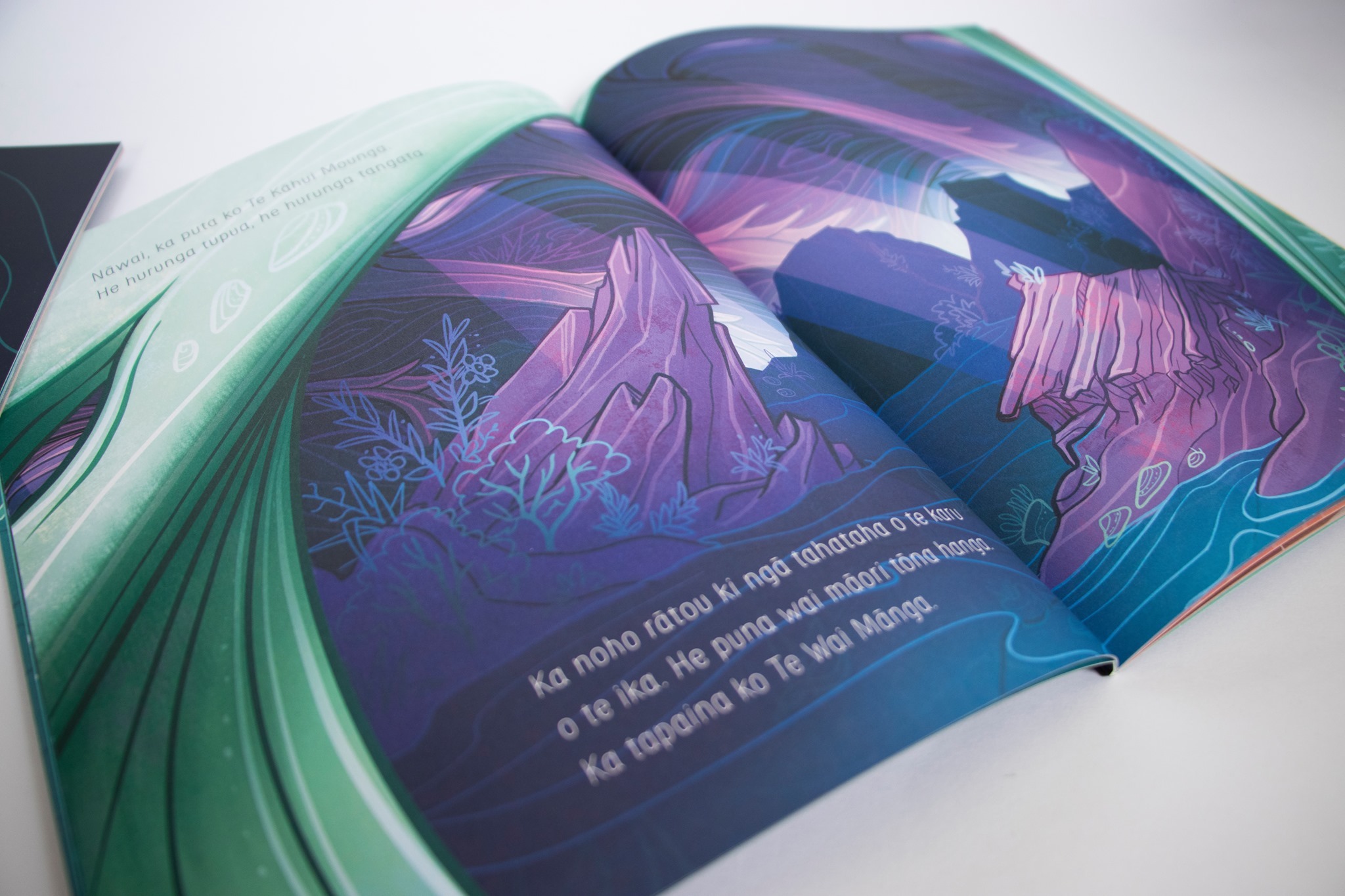